‘Camel Humps’ are back slowing car speeds at CCHS 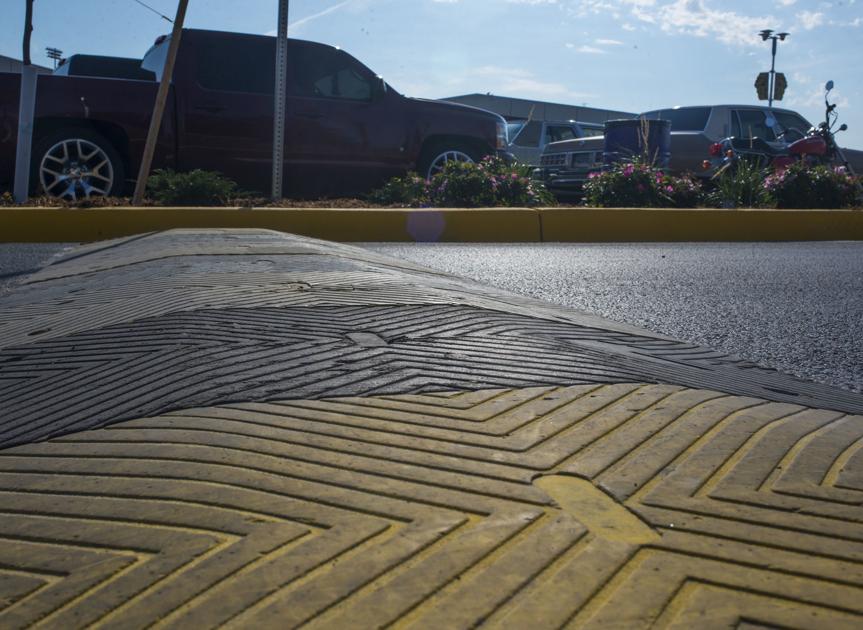 Out of the more than $5.7 million the Campbell County School District and state of Wyoming have spent on renovations and major projects in Gillette and Wright over the summer, there is still one last project to complete.

It includes the speed bumps in front of Campbell County High School.

The ‚ÄúCamel Humps‚ÄĚ were put back into place Thursday morning. The nickname was given by Dennis Holmes, the district‚Äôs associate superintendent for instructional support.

He told school trustees that the two speed bumps to slow traffic would be reinstalled for motorists to negotiate as they have had to do in the past year.

The speed bumps were removed as part of the $547,500 project by Simon Contractors to repair and improve the west parking lot at CCHS. But it was just a temporary move on a shortcut many drivers ‚ÄĒ not just students ‚ÄĒ use between 12th Street and Camel Drive.

The parking lot improvements include planters and trees.

Holmes said there are a few things that have yet to be completed, including curbs at the base of Camel Drive where it meets the parking lot.

After praising the work done to improve the aesthetics with the parking lot and work to renovate the media box ($878,254 by Van Ewing Construction) and improve Camels Stadium, one trustee couldn‚Äôt resist asking about the ‚ÄúCamel Humps.‚ÄĚ

‚ÄúWhat a great job of landscaping,‚ÄĚ chairwoman Anne Ochs said later during board celebrations. ‚ÄúIt‚Äôs very inviting to go into the school now.‚ÄĚ

Holmes also gave the trustees an update on all the capital projects that took place in the school district this summer:

Twin Spruce Junior High: New STEM lab ($178,528) is complete, as is most of phase II of science classrooms and FACS renovations by Norton Construction, a project of about $1.8 million; and a kitchen remodel by Hladky Construction for $218,775. Overall, the projects cost about $2.2 million.

Sage Valley Junior High: The new STEM lab is complete at a cost of $167,647, some stucco repair has taken place and Hladky Construction crews are completing work on the third set of concrete steps by the planetarium entrance, a $114,581 project. The total cost of the two projects is $282,228.

Conestoga Elementary School: Hladky Construction has completed a ceiling replacement project at a cost of $140,350, and Wyoming Roofing LLC replaced skylights at a cost of $73,705 for a total cost of $214,055.

Rozet Elementary: The roof project which was awarded last year was completed this summer. The school also received new doors, windows and hardware from Hladky Construction at a cost of $126,300.

« Tackling racism and other -isms via language Turning zombie homes into HGTV-style abodes: How one civic minded couple is remodeling dilapidated houses in … »