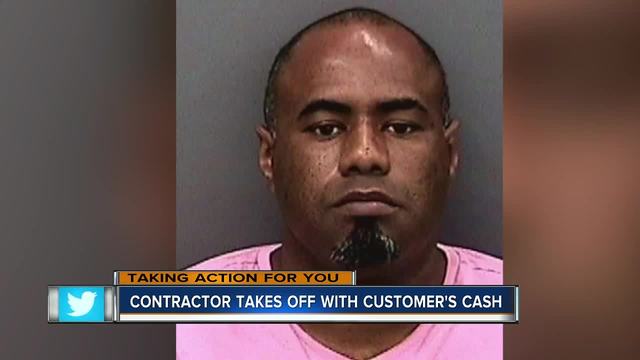 A Tampa homeowner is out nearly $60,000 after the contractor she hired disappeared after taking her money and gutting her kitchen.

Kaylen Mueller says she knew nothing of his past or the fact that he didn’tÂ have a license.

Mueller paid for a dream kitchen that included granite countertops and high-end cabinets. This single mom says she paid Eduardo DeFreitas $59,000 to remodel her kitchen and bath.

Mueller claims DeFreitas ran off after doing half of the work, leaving her with a gutted kitchen and bathroom.

We put this consumer in touch with the unlicensed contracting unit at the Hillsborough County Sheriffâ€™s Office and they launched a criminal investigation.

Mueller showed us pictures DeFreitas showed her of the picture perfect kitchen and bath he contracted to build for her. Turns out,Â DeFreitas never had a contractorâ€™s license needed to do some of the work.

For now, this homeowner has had to piecemeal a few shelves and old furniture together to create a makeshift kitchen for her and her son.

Before hiring any contractor to work on your home, be sure to check their license and complaint record at www.myfloridalicense.com
Â