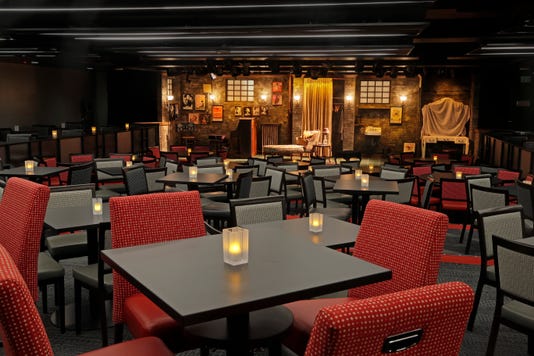 After a $1.75 million makeover, the Milwaukee Repertory Theater’s Stackner Cabaret is reopening Friday with more and comfier seating, a new bar andÂ expanded kitchen, remodeled bathrooms (including an additional woman’s stall), and other upgrades.

In the new configuration, standard seating capacity rises from 136 to 186, an increase that could lead to changes in programming on the stage.

The redesign byÂ Uihlein/Wilson-Ramlow/Stein Architects has made it possible for ongoing subscribers to keep their seats in the same locations. To make that possible, the Rep had custom tables made to match the previous configuration.Â

The undersides of the Stackner’s new tables haveÂ another useful feature: hooks for hanging purses.

Also, the Rep has installed a T-coil Loop Hearing System. Theatergoers can set their hearing aids to T (for telecoil), eliminating the need to wear assisted listening devices.

The renovation integrates the Stackner more fully with the lobby or outer patio space outside the theater. The Rep has installed a big-screen TV so it could stream performances in that space when it has overflow crowds, as it did for “McGuire.”

Also, a new bar in the outer patio makes it possible for the Rep to offer weekday happy hours beginning at 4:30 p.m. 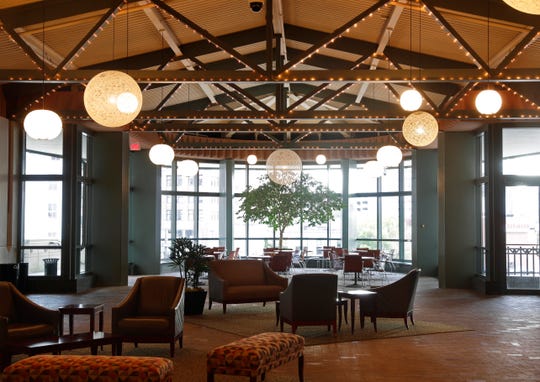 Former Rep board president Vince Martin and his wife, Jan, made a $750,000 gift for the project; theÂ Stackner Family FoundationÂ contributed $250,000.Â

The Stackner Cabaret, which opened in 1987, is one of three theaters in the Rep’s Baker Theater Complex at 108 E. Wells St. The Rep stages about 300 performances annually in the Stackner.

While it began as a venue for musical revues and music-driven performances, in recent years the Rep has broadened the kinds of shows it stages in the Stackner. For example, it hosted “McGuire,” the one-man play about Marquette basketball coach Al McGuire, featuring Tony Award winner Anthony Crivello.

Bauman said the Rep is mulling renovation possibilities for its other two spaces, the Quadracci Powerhouse Theater and the Stiemke Studio.