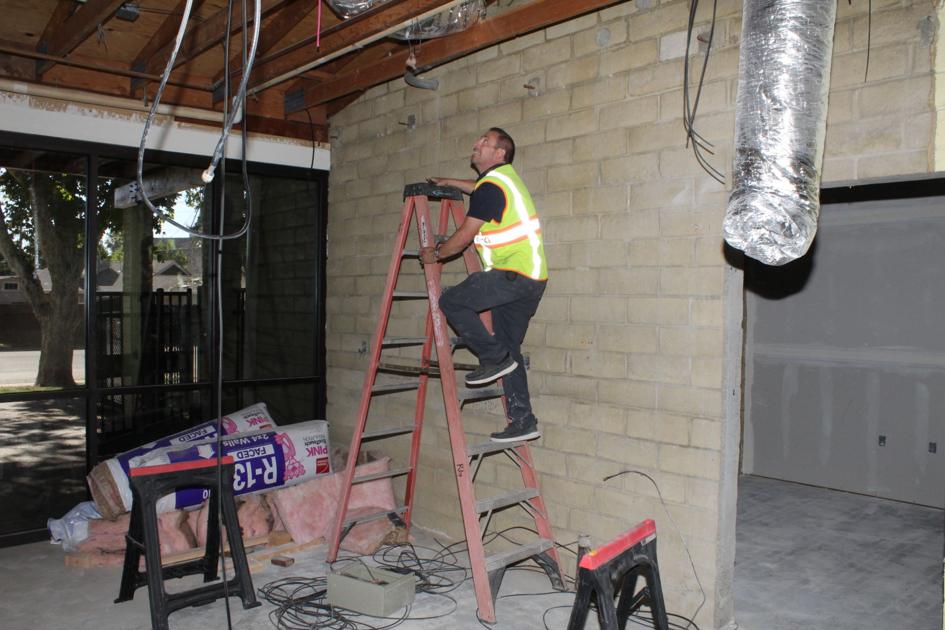 NEWMAN – Nearly $3 million in summer improvements to campuses in the Newman-Crows Landing Unified School District are nearing completion as the ultimate deadline approaches.

Approximately 3,200 students in the growing district are expected to converge on the districtâ€™s campuses when the new school year starts Aug. 14, according to Superintendent Randy Fillpot.

They will be returning to school sites with new HVAC systems (Von Renner and Hunt), new roofs (Orestimba) and a remodeled office/entry area (Bonita).

Fillpot said in late July that he anticipates the HVAC projects to be completed by the time teachers return to begin preparing for the new year on Aug. 9 – although the Von Renner project may be cutting it close because of unanticipated work found.

But the Orestimba roofing project and Bonita remodeling appear to be bumping up more closely against the start of the school year.

â€śIt is going to be close,â€ť Fillpot said of the Bonita improvements. â€śThe focus is on the front office remodel and access to the classrooms. They also have to do the bathrooms in the back for ADA purposes. That will be on the back burner.â€ť

Fillpot said that a temporary school office has been set up in the Bonita cafeteria while the main office remodel progresses.

â€śIf new students are coming in to enroll they can go there,â€ť he commented.

The Orestimba roofing project may not be fully completed by the start of the school year.

Fillpot said the ag building will, by design, be the last to be re-roofed because work on that building will be the least disruptive to school activities.

â€śIf that building is not finished when school starts, they can access it from behind,â€ť he noted. â€śIf we need to, we can move kids into other buildings when they are working on that roof.â€ť

While the Von Renner and Hunt HVAC projects are on schedule, neither has been without setbacks.

Fillpot said an infestation of bats was found in the duct system of 16 portable classrooms at Von Renner.

â€śIt is a safety issue because it is not sanitary. The only way to really fix it is to replace the duct work,â€ť the superintendent explained.

Because it is a safety issue, the district was granted a waiver from the county allowing that work to proceed without going through a formal bid process. Fillpot said the estimated cost will be about $52,000.

And, an electrical panel at Hunt failed when crews attempted to re-energize the system after the new HVAC units were installed.

That repair could also be in the $50,000 range if completed on an emergency basis, Fillpot stated, but the district is hoping to find a temporary fix that would keep the system functional until formal bids can be obtained.

An electrical engineer was brought in to evaluate options.

â€śWe would like to be able to go to bid in hopes of getting a lower cost,â€ť he commented. â€śWe have to make sure that we have a temporary solution that is safe and also effective. It is something that needs to be done right.â€ť

â€śWhen you are dealing with old buildings, there is infrastructure that kind of falls apart when you are working on it,â€ť he told Mattos Newspapers.

He reiterated that, despite those challenges, the HVAC projects are scheduled for on-time completion.

The pace of improvement projects has picked up as summer has melted away.

â€śEvery year, it seems to all kind of come together,â€ť Fillpot reflected. â€śThey are working a lot of overtime and Saturdays. When we bid out projects there is a time line. If they go beyond that, there are liquidated damages, which (contractors) want to avoid at all costs.â€ť

The funds for the improvement projects comes from the Measure P reauthorization approved by district voters in November 2016.

That money also built a library/classroom building at Hurd Barrington Elementary which has been completed and will be used for the first time when the new school year opens.

With the completion of projects this summer, Fillpot said, no major infrastructure upgrades should be required for at least a few years.

Next summer, he pointed out, the focus will be on preparing to break ground on a $5 million classroom wing at Yolo Middle School, which will be expected to open in August 2020.

That project, Fillpot said, will use up most of the funds remaining from the bond reauthorization approved by voters nearly two years ago.