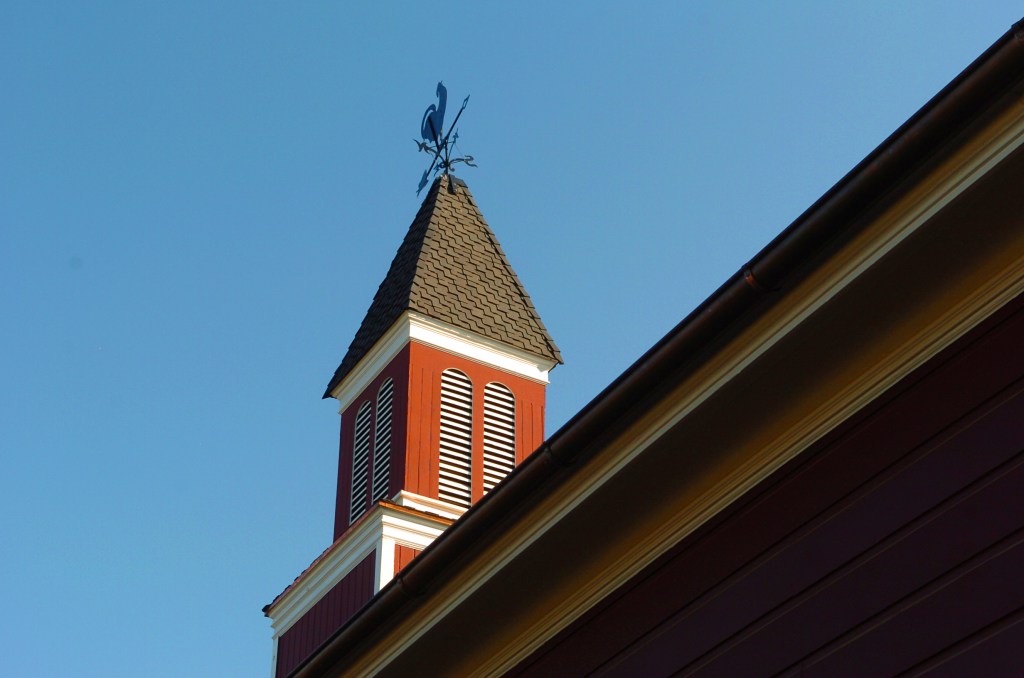 Responding to growing complaints of overbearing building requirements, high permitting costs and even allegations of invasion of privacy by building inspectors, local cities are evaluating how ‚ÄĒ and whether ‚ÄĒ to change how their building divisions do business.

A customer satisfaction review of San Rafael‚Äôs Building Division is just wrapping up. San Rafael Chief Building Official Don Jeppson said the city is acting as a pilot project as similar reviews are expected to occur at other divisions throughout the county.

‚ÄúI think in any organization, whether it‚Äôs private or government, there is room for improvement,‚ÄĚ Jeppson said. ‚ÄúI hope this will help guide us with what the community will want us to push toward.‚ÄĚ

Jeppson said he plans to reach out to other building divisions throughout the county to see if they are open to standardizing some of their operations, especially for inspections conducted after homes are sold.

The city of Novato is set to begin its own review after numerous complaints reached the City Council‚Äôs attention.

Earlier this year, Janet Moore had a buyer lined up for her Novato home and was preparing to move to Washington state. But all those plans nearly fell through at the last moment, she said, after the Novato building division informed her of building code violations, such as her bathroom cabinet being 3 inches too close to her toilet.

Moore, 62, said this came as a surprise because she obtained permits a few years earlier to remodel her bathroom. But the building inspectors had none on record, she said, and were about to require her to completely remodel the bathroom, possibly upending the sale and her moving plans.

The two missing permits were eventually found by the city and the sale went through, Moore said, but to her it was an unnecessarily precarious situation.

‚ÄúIt‚Äôs almost as if they don‚Äôt care if it‚Äôs impacting your life,‚ÄĚ Moore, 62, said from her Washington home. ‚ÄúIt would have impacted my life and the people buying the house if everything would have fallen through.¬†It was very frustrating.

‚ÄúI really do think that the city needs to remember who they‚Äôre working for instead of making people feel like they‚Äôre being worked against,‚ÄĚ she continued.

Last month, the Novato City Council responded to other complaints about its building division by calling for a review.

Councilwoman Pat Eklund raised the issue at the Aug. 28 meeting after receiving multiple complaints about the division by email and after becoming aware of a change.org petition that began in August. The petition alleges invasion of privacy, inaccuracies and inconsistent enforcement of building codes by inspectors.

Eklund said these issues can have a ‚Äúsubstantial impact‚ÄĚ on residents, as projects that require building permits can sometimes trigger a reassessment of the property value.

‚ÄúIt‚Äôs not to say that the (change.org) petition is right; not to say the petition is wrong,‚ÄĚ Eklund said. ‚ÄúI just think it‚Äôs healthy to review the process and that‚Äôs our fiduciary responsibility as a city council.¬†I am interested in hearing from people in Novato that have had experiences that they would like to share with me.‚ÄĚ

NextGen Marin, a think-tank coalition of college students focused on affordable housing issues, was one of the entities that signed the petition.

One of its members, Dylan Shariatpanahy, is a UC Berkeley student who works in Novato. He said their group has heard numerous complaints about building requirements and ‚Äúoverbearing bureaucracy,‚ÄĚ which he said only further impacts the county‚Äôs affordable housing issues.

‚ÄúFrom our experience speaking with members of the community, not only is it impossible to build housing due to restrictive ordinances, but people who already live here aren‚Äôt able to maintain their homes without spending an arm and a leg,‚ÄĚ¬†Shariatpanahy said.

Novato-based Coldwell Banker Realtor Marie Hoch said she has had multiple clients who had unpleasant experiences similar to Moore‚Äôs. She alleges the building division has strayed from its goal of ensuring safe housing and has instead adopted a ‚Äúpunitive‚ÄĚ attitude toward resale inspections and the building permitting process.

‚ÄúIt seems to be an excessive use of the city‚Äôs police power without benefit to the people who live in Novato,‚ÄĚ Hoch said.

Novato‚Äôs Community Development Director Bob Brown, who oversees the city‚Äôs Building Division, said he welcomes the review, but said some of the change.org petition‚Äôs allegations are based on misinformation.

One of the more attention-grabbing claims in the petition is that building inspectors are invading the privacy of homeowners by taking pictures of the property ‚ÄĒ including the homeowner‚Äôs possessions ‚ÄĒ and making these photos public record.

Brown said inspectors do take photos for resale inspections, which can be useful to find out whether someone remodeled a kitchen without permits, for example. However, Brown said these photos are not made available to the public.

The petition also argues about excessive permitting requirements by claiming that even just changing a shower head requires a permit. Brown said this is false, and that a permit is required when replacing a shower valve, which is behind a wall and requires more intensive construction.

The concerns raised in the petition were ‚Äúsomewhat new‚ÄĚ to Brown, as his department has a survey tool which he said has shown positive reviews of the division despite low staffing levels.

‚ÄúI went through a permit process for a home in Marin County, I understand the frustration as a consumer,‚ÄĚ Brown said. ‚ÄúI don‚Äôt think anyone likes going through a permitting process, but I would say we really try and strive for excellent customer service and we‚Äôre always to happy to receive critiques so that we can improve.

Brown said he has spoken with the petition‚Äôs creator since the petition was released, and said he found it interesting that they had not applied for a building permit.

‚ÄúShe was making email and verbal inquiries as to things that might require a building permit and she was not pleased with the responses,‚ÄĚ Brown said. ‚ÄúSome of that was she really wanted a very black and white determination on some aspects and she felt she was receiving a feedback that was equivocating.‚ÄĚ

For example, Brown said the division releases a one-page handout of things that are normally exempt from requiring a permit, but it‚Äôs not a catch-all list considering the building code is more than 4,000 pages long and is regularly updated by the state.

Another concern raised in the petition is the city‚Äôs cost-recovery program, in which the division charges fees for services performed. Brown said they do not make a profit from this and the fees are based on recommendations laid out in state law. This fiscal year, the division‚Äôs expenditures were budgeted at $1.1 million while revenues ‚ÄĒ which include the fees ‚ÄĒ are estimated at just over $1 million, according to Brown. The budget does not include overhead from other departments such as finance and human resources, Brown added.

The Novato City Council has funded a fee study for all city fees that will be performed later this year, Brown said.

Brown said he is eagerly awaiting the results of a nearly nine-month-long evaluation of San Rafael‚Äôs building division.

Conducted by the Marin Builders Association¬†in conjunction with the¬†Marin Economic Forum, the $18,500 review looked into customer satisfaction and included customer forums, interviews and data gathering, according to the building association‚Äôs CEO Rick Wells. The results are expected to be released in the very near future, he said.

‚ÄúWe look forward to presenting that information to the city and hopefully expanding that role across the county,‚ÄĚ Wells said. ‚ÄúWe certainly have had preliminary conversations with other municipalities and we‚Äôre optimistic that that work is going to expand.‚ÄĚ

As for San Rafael, Jeppson is optimistic about the results.

‚ÄúSometimes the perception is that we‚Äôre hampering the process or we‚Äôre not as customer-friendly as we can be,‚ÄĚ Jeppson said. ‚ÄúI haven‚Äôt seen the data, but I think the report is going to be fairly favorable to San Rafael.‚ÄĚ

Some of the issues that residents may be concerned about can be a symptom of ongoing staffing issues, according to Brown.

As of Thursday, Novato had two of the three-and-a-half building inspector positions it is budgeted for, which Brown said is still below staffing levels before the recession hit. The division issues about 3,500 permits and performs about 7,800 inspections for more than $80 million in construction annually, according to Brown.

‚ÄúI think all building divisions are suffering under the same challenges right now. We have an unprecedented volume of permit applications, we‚Äôre all suffering with the inability to hire and retain building inspectors,‚ÄĚ Brown said. ‚ÄúBecause there is so much construction going on and the trays are full up it‚Äôs very, very difficult for us to recruit new building inspectors.‚ÄĚ

Jeppson said after the recession hit, many building inspectors and planners were laid off and those who remained are now nearing retirement.

‚ÄúWe are short of trained personnel across the board,‚ÄĚ Jeppson said.