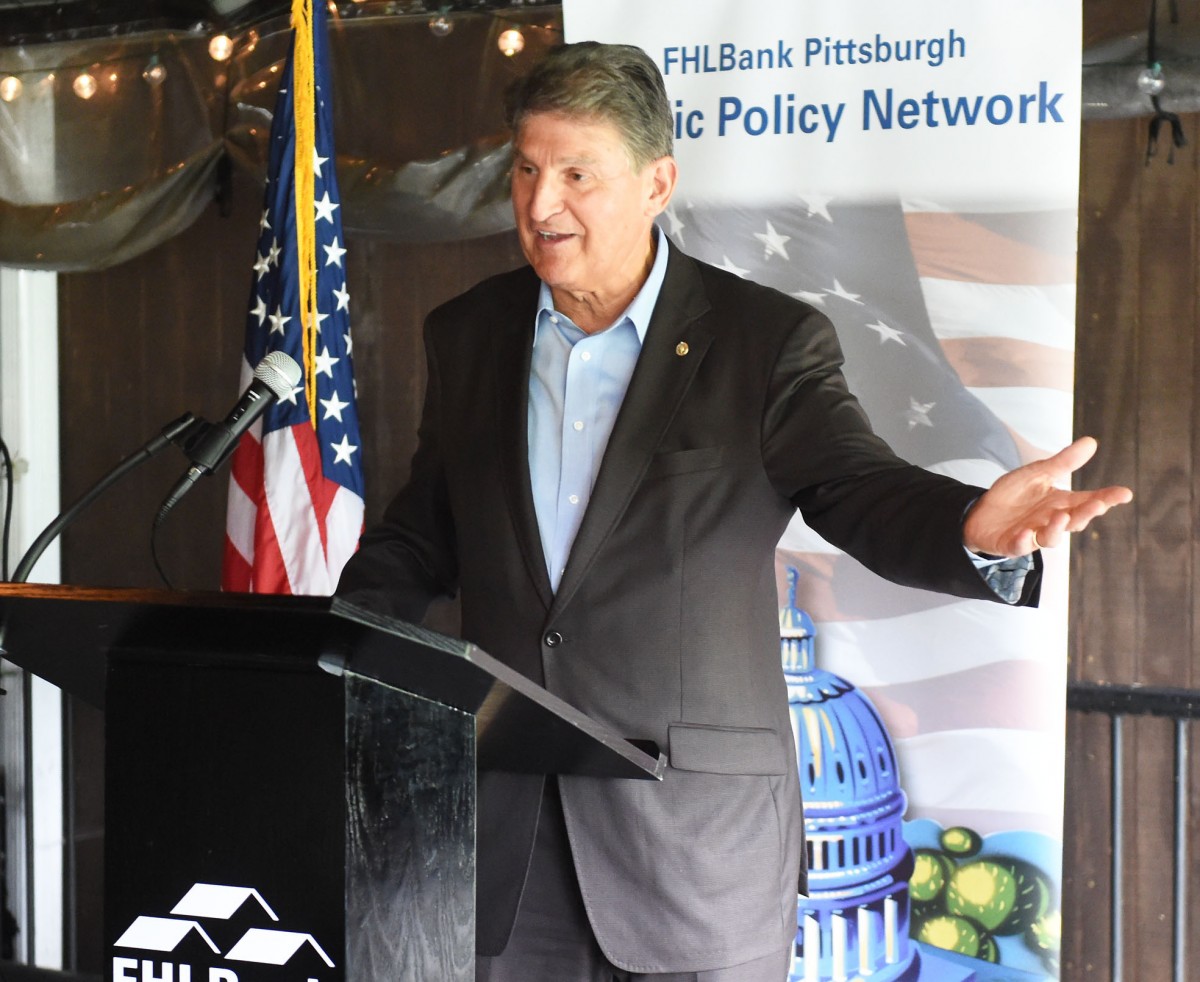 He remains undecided on Supreme Court nominee Judge Brett Kavanaugh, saying heвАЩll take a stance after they meet next week.

Manchin capped his visit with some keynote comments during a вАЬCommunity Celebration of Affordable Housing and HomeownershipвАЭ held at OliverioвАЩs in the Wharf District.

At the event, put on by the Pittsburgh branch of the Federal Home Loan Bank, homeowners who received affordable housing loans from local¬† partner banks told how the loans improved their lives.

Jan Derry, executive director of the Independent Living Center, said they serve an aging population living on fixed incomes in older homes. вАЬThe lack of accessible, affordable housing has become one of the biggest barriers for living the American Dream for people with disabilities and older adults.вАЭ

She told of one client forced to bathe outside in his driveway with a hose once a week because he couldnвАЩt get to his tub.

The state Legislature appropriated $500,000 for its statewide Community Living Services Program, she said, but that doesnвАЩt go far when remodeling a single bathroom can cost¬†¬† $14,000 вАУ $25,000.

With the FHLB grants, вАЬWe are able to allow people to age in place and remain in their homes,вАЭ Derry said.

Homeowners who received loans from the three agencies told their stories. Teresa, widowed for 14 years now, got a home repair loan from the Fairmont-Morgantown Housing Authority. It paid for 19 windows and vinyl siding.

вАЬI donвАЩt know what I would have done without their help. It has changed our lives. It has taken a burden off my shoulders that I had to carry by myself,вАЭ she said.

Manchin listed five promises every child should receive: Unconditional love, a safe place, a healthy start, a chance to learn a livable skill, and a chance to grow to be a loving, caring adult who can give something back. These programs play a role in that, he said.

At Senior Mons, he talked politics, including the deep partisan divide across the country and in D.C.

Manchin blasted the coalition of 20 states seeking¬† to have ObamaCare declared unconstitutional. West Virginia is one of those 20, under Attorney General Patrick Morrisey, who is ManchinвАЩs Republican opponent for the Senate races.

вАЬThe biggest concern I have right now is the attack on health care,вАЭ he said. One result of a victory in that suit would be the end of the ACAвАЩs required coverage of pre-existing conditions, he said. That would affect 800,000 West Virginians, he said: 400,000 wonвАЩt be able to get insurance, the rest will see higher rates.

Manchin said he introduced a Senate resolution that would authorize Senate legal counsel to intervene in the case.

Manchin said heвАЩll meet with Kavanaugh on Monday. His staff has been reviewing KavanaughвАЩs rulings to prepare for MondayвАЩs questioning.

People want him to declare his opinion now, he said, but thatвАЩs not how the process works. HeвАЩll question Kavanaugh and listen to KavanaughвАЩs Judiciary Committee testimony expected in August or September in order to make an informed choice.

вАЬThis is the proper decorum that should be used,вАЭ he said.

Chester Ayersman, a retired city employee, complained about soaring prescription prices. Manchin said much of that is due to middle men and private sector companies that negotiate process. вАЬWe canвАЩt get them to change because the pharmaceutical companies have so much control in Washington. We canвАЩt get some of our colleagues to vote.вАЭ

Frank McGreevy, who took a break from his pool game and was still holding his¬† cue, told Manchin: вАЬYouвАЩve got to make sure you take care of business in Washington and vote the way Joe Manchin the West Virginian would vote, and not how the machine politics of the Democratic Party want you to vote.вАЭ