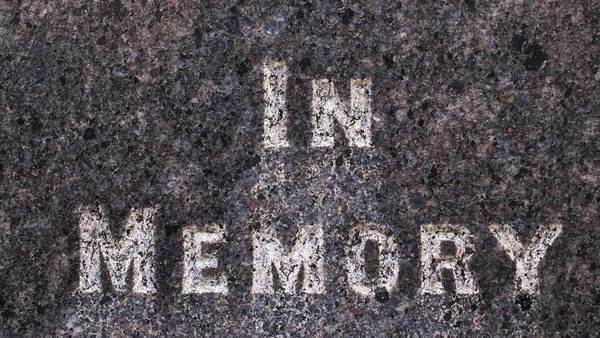 To place an Orlando Sentinel obituary, visit this form. You can also search for previous obituaries here.

Beverly B. Wagner Beverly B. Wagner, age 80, of Edgewater, died Monday, July 30, 2018, at Halifax Health Hospice, Edgewater. Born in Pontiac, Michigan, Beverly was the only child of Theodore and Ruth Giles Brons. In 1958, Beverly married the love of her life, John F. (Jack) Wagner, Jr., and the couple moved to the Orlando area in 1971. As a professional in the legal field, Beverly was ahead of her time as a career woman and set the standard for balancing family and career. A devoted wife, mother, and grandmother, family was Beverlyâ€™s top priority; she especially enjoyed spending time with her grandchildren.Beverly was famous in the family for her sense of style, her sassy humor, and most of all her love of anything sweet. She took great pride in creating a stylish home, both inside and out, and enjoyed home dĂ©cor and gardening.Survivors include her son, John (Carolina) Wagner of Edgewater; daughter, Julie Wagner of Lake Mary; 3 grandsons, Justin Wagner of Longwood, Jordan Wagner of Longwood, and Samuel Blackstone of Monument, Colorado; and granddaughter, Sarah Blackstone of Monument, Colorado. Beverly was preceded in death by her parents and husband, Jack.Condolences may be made online at www.settlewilderfuneralhome.com.

Joyce Utz Joyce Utz, 87, a long time resident of Clermont, passed away on June 4, 2018. She was born in Seneca Falls, NY on January 12, 1931 to Charles and Ina Brown. Her early years were spent in upstate New York. She moved to Orlando in 1971 and began a career at Walt Disney World. She worked at various locations, the highlight being her time at the Contemporary Resortâ€™s Top of the World. Joyce was a talented and creative lady that enjoyed doing crafts. She loved reading and jigsaw puzzles. She volunteered for the South Lake Animal League spending several years working at the thrift shop. She cherished time spent with family, friends, and her beloved dogs. Joyce is survived by her daughter, Debbie, son-in-law Gary Smith, 2 grandsons, Taylor and Chris, her sister, Joan Hughes, brother Jimmy Brown, several nieces and nephews, and her beloved dogs, Daisy and Peanut. She was preceded in death by her husband, Richard, and her 2 sons, David and Robert. No services will be held, and private interment was held August 2, 2018. Because Joyce so loved her small dogs please consider a donation to LoveyLoaves Sanctuary and Rescue, a small breed special needs dog rescue. www.loveyloaves.org

Grace Kelly Heddens GRACE KELLY HEDDENS passed away peacefully on Saturday, July 28. She will be remembered at a Memorial Mass on Saturday, August 11, at 11:30 AM at St. Margaret Mary Chapel in Winter Park. Grace will be laid to eternal rest in a private burial immediately following the mass at Palm Cemetery.

Garnetta Kern Roberson Garnetta Kern Roberson died on August 2, 2018 at the age of 94. She is survived by her loving children, Aubrey Roberson, Jan Carroll (Scott), and Ann Ferland (Ron), as well as six grandchildren and ten great-grandchildren. A memorial service will be held in Virginia. Donations in tribute to Garnetta may be made to the Michael J. Fox Foundation for Parkinsonâ€™s Research at www.michaeljfox.org.

Freeman Harvey Smith Freeman â€śSmittyâ€ť Smith, 93, of Orlando Fl., passed away July 29th 2018. Born April 25,1925 inWindsor Ontario,Can. Freeman is best remembered as the retired owner of Beefy King Rest.,anavid pilot, fisherman and golfer. He is preceded in death by his wife of 64 years Margaret Smith and is survived by his loving family,sons Roland (Sandee) and Ken (Terry), Grandchildren, Heather McGill (James), Shannon Woodrow (James), Kendra Smith, Nathan Smith (Amy) and 5 Great grandchildren. A memorial service will be held on Aug.25,2018 at 11:00am at Baldwin-Fairchild Conway Funeral Home. In lieu of flowers donations may be made to russellhome.org. Please view full obit and information at Baldwinfairchild.com.

Marilyn P. Welsh 90 of Winter Park passed away on July 31, 2018. She was born in Duluth, Minnesota on May 20, 1928 to Jennie and Norman Paul. She is predeceased by her loving husband Bruce H. Welsh. After graduating from Russell Sage College, she became an elementary school teacher. She was a member of All Saints Episcopal Church, The Rosalind Club, and former member of the Country Club of Orlando She is survived by her son Norman C. Welsh; her daughter Rebecca W. Hutchinson (Craig); two grandsons Brent E. Hutchinson and Alexander B. Hutchinson and one great grandson Bryston W. Hutchinson. There will be a private family graveside service.

Juanita Story Cox Juanita passed away on August 1, 2018, peacefully in her sleep with her daughter, Linda Poli, by her side. She was born in the area of St. Cloud, Florida on March 2, 1923. The family moved to the East Orange County area when Juanita was in elementary school. She married Ray Cox in 1942. Juanita worked with the Orange County School System Food Services for many years. She was preceded in death by her husband Ray Cox and beloved son Roy Cox. She is survived by her daughter, Linda Poli, and many grandchildren and great-grandchildren. The viewing will be held at Christmas Cemetery Chapel at 11am Monday, August 6th. Service will follow at 12pm.

David Harry Fulsang David Harry Fulsang, 68, of Altamonte Springs, FL, passed on Sunday, July 29th. Dave is survived by his wife, Madelyn McLeod Fulsang, married 48 years but together for 53, his son Greg and his daughters Tammy (Jimmy), Christy (Erik) and Rebecca. Dave also had 4 grandchildren, Conner and Colin as well as Alex and Olivia. Dave was born in Canada and moved to the Orlando area at the age of 7. He attended Altamonte Elementary School and later South Seminole Middle School where he first met his future wife. They both attended Lyman High School where Dave was a stand-out running back on the football team. Dave joined the Marine Corp in 1969 as a Canadian citizen. He left for Vietnam in 1970 where he fought for 14 months. He returned stateside in 1971 with his growing family and was stationed in Paris Island, SC and later in Hawaii. While there, he played football for the Marines proudly wearing the number 44. He served for 8 years but remained a Marine until his last breath. Dave left the Marines in September of 1977, moved back to Florida and settled in the Altamonte Springs area. He opened his business, Daveâ€™s Custom Upholstery, that same month. Dave served the needs of the community for 40 years. It is a family business that is still being run by his son Greg. Dave was a proud man and believed in 3 things to his core; God, family and country. He enjoyed spending time hunting, fishing, go-carting with his grandkids and watching sunsets with his wife. He will be forever missed by his family and friends. The family will celebrate his life this coming Sunday, August 5th, 2018 at 3pm at his home church Waterstone in Longwood, FL. In lieu of flowers, the family is asking for donations to be made to Waterstone Church or to the Pancreatic Cancer Foundation.

Brian Calvin Hooker BRIAN CALVIN HOOKERIt is with great sadness that we announce the passing of Brian Calvin Hooker, 50, who died from injuries sustained in a tragic head-on boating accident on Saturday, July 28, 2018.Brian was born on December 5, 1967 and was a resident of New Smyrna Beach all his life. He graduated from Embry Riddle Aeronautical University with a Bachelorâ€™s in Aviation Computer Science and received his Masterâ€™s in Distributed Systems.Brian leaves behind his loving wife BJ Hooker, his daughter Amanda and husband Dean and granddaughters Madison, Amelia and Zoey, his sons Sean and Josh, brothers Mark and wife Denise, Steve and wife Alicia. Brian was embraced as a brother, son, and uncle to B.J.â€™s family as well as being long-time friends with Bruce Hardee from childhood, CJ Davis, Jim Leondyke, and Bryan Prillaman.Brian had a gift of making everyone around him feel comfortable. He was kind, generous, hard-working, and cared deeply for others. Brian was extremely talented at problem-solving and enjoyed deep and complex discussions with his wife and co-workers. Respected and valued, Brian played a critical role on the JSF (Joint Strike Fighter) software maintenance team at Lockheed Martin, sub-contracting for ITI, Inc.Brian had a strong faith and was an active member at Atlantic Coast Church. He enjoyed singing worship music and playing the guitar with his wife during morning devotions.Brian was an impressive golfer, expert fisherman, and confidently held the anchor position on his bowling team. Other favorite hobbies included wildlife photography, traveling, and remodeling their home in New Smyrna Beach. These were all enjoyed alongside his loving wife, best friend, partner, and teammate Beeg.Brian made this world a better place for all of us, and we are blessed and thankful to have had him in our lives.â€śAnd if I go and prepare a place for you, I will come back and take you to be with me that youalso may be where I am.â€ť John 14:3A Celebration of Brianâ€™s Life will be held Saturday 2:00 – 10:00 p.m. September 29, 2018 at the Brannon Civic Center in New Smyrna Beach. Please RSVP via on-line condolences at www.settlewilderfuneralhome.com and please provide contact information.