What are your company’s biggest goals right nowÂ — building out a core product, improving customer service, growing your client base? When looking at employers’ top priorities, it’s rare to find hiring more veterans among them. But when you hear what National Director of Military Affairs at Power Home Remodeling Mike Hansen has to say, you just might change your mind.

After a decorated military career, Hansen at first struggled to find a civilian position in the midst of the Great Recession. But after coming across a sales opportunity at Power Home Remodeling, he quickly found his footing. Within 12 months, he had closed a million dollars in deals. And Hansen wasn’t alone — he found that other employees who had served in the military were, on average, significantly outperforming the general population. 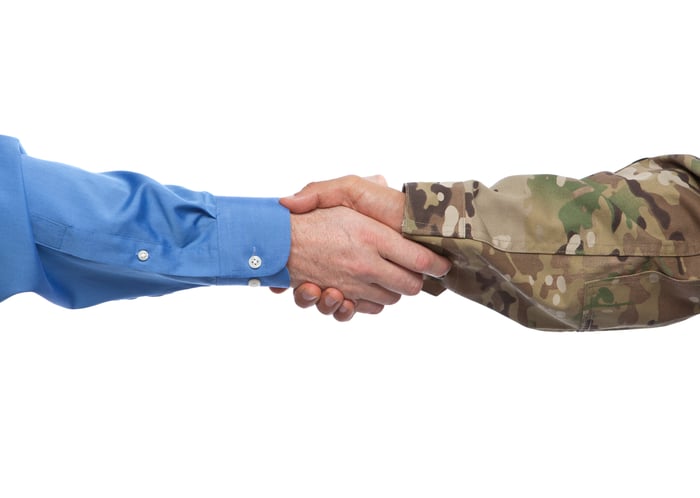 This discovery prompted Hansen to reach out to leadership all the way up to the co-CEO, Asher Raphael, to lobby for a veteran hiring program. Fast-forward five years later, and running the program became his full-time job when it launched in the spring of 2016. But make no mistake — Hansen doesn’t see his job as an act of corporate charity.

“When you go back to aligning the program with business objectives, you create a department that not only pays for itself, but pays for itself times 10,” Hansen said.

Glassdoor’s Emily Moore caught up with Hansen to learn more about his unique military affairs program, advice for companies hoping to hire veterans, and vision for the future of the company — here’s what he had to say.

Glassdoor: How did the opportunity with Power Home Remodeling come about?

Mike Hansen: It actually kind of fell in my lap. One of the Marines I served with a few years before I joined Power started working in our Philadelphia branch, so he referred me to the local one outside of D.C. I figured I’d go in for the interview and see where it went. I had no intention of working in this industry — I never thought I would be with a company like this given what I wanted to do. I was completely clueless, but ended up finding success rather quickly within the organization.

Glassdoor: What made you start thinking about recruiting more veterans to Power Home Remodeling?

Mike Hansen: I met a couple other vets across the business that were doing pretty well, and we found that most of us were doing not just well, but disproportionately well. I wrote a couple of white papers to the chain of command saying, “Hey, we should have a more defined military initiative.” Then in 2015, our organization won Fortune magazine’s No. 1 place to work for millennials and camaraderie — that was a real jump-off point. At that point, I got to meet with our co-CEO Asher Raphael and found that he wanted to do a military program,and just didn’t know how. We felt that on the heels of that award, it was a really good time to launch this initiative. We set up a military affairs council, and we put together some ideas and thoughts of what we could do and what our objectives would be, and we just started iterating from there. Very quickly after that, we realized that someone would have to manage this full-time, and that’s when, our co-CEO, Asher, asked me to move up to the headquarters and build the program.

Glassdoor: You mentioned that you noticed veterans were not only successful at Power Home Remodeling, but disproportionately successful. Can you talk a little bit more about why that might be?

Mike Hansen: A lot of companies are afraid to hire vets because of PTSD or other perceived issues that come from being in the military. But everybody who is hired, whether they’re right out of college or a 40-year executive, comes with baggage. The difference is the military population has a natural leadership background, a strong work ethic, and an understanding of how to operate in chaos that most nonveterans can’t really relate to. The culture is very mission-driven in the military, and that can be applied to any work environment. The second that an organization is able to vocalize their mission, that military drive kicks in and veterans just naturally work toward the objective.

Glassdoor: How did Power’s veteran hiring program start, and how has it changed and grown along the way?

Mike Hansen: We started out thinking we were just going to offer a bonus and do some military-focused hiring. The more we dove in, we saw how our program aligned with the business objectives, and we started iterating and kept evolving our processes. One of the things that’s so unique is we’re able to tie the metrics of our initiative to the actual business growth, which then creates a positive feedback loop. Now, we want to double-down on some of our investments. A big goal for me is leadership development, because it’s one thing to build this program and to successfully identify, attract, and onboard new talent, but when we have more veterans in director, VP, or senior vice president roles, military talent and leadership becomes part of the genetic makeup of the organization. That creates that positive feedback loop that just runs itself.

We actually have this joke in the business, even our co-CEO got me a T-shirt at our company party in Mexico last year that said, “Get Hansen Fired.” The idea is that my job is complete when I’m no longer needed. We’re trying to continue to build this cycle of leadership development so that more of that group will continue to take the business into the future without needing a dedicated department.

Glassdoor: A lot of companies want to hire veterans, but have no idea where to start. What advice would you offer to them?

Mike Hansen: No. 1, I think every company that’s bigger than a hundred people has probably got a veteran or two working there, and a lot of times they just don’t know. I think the first step is looking internally at your own veteran population, and getting together to understand their stories. What you’ll find is usually that some of those military veterans and spouses will already be performing above average. Then you can tie that back to where the business is going and which objectives you’re trying to solve for.

I think that’s what is intrinsically unique about our philosophy — it was never just about hiring. It was about solving business objectives. One of those objectives was investing in human capital and making sure we had the right people and the leadership development we needed to grow and scale the organization. We were able to very quickly identify that some of the gaps in our organization could be filled by a military affairs program. We come at it from a different angle, whereas most organizations view it just in terms of hiring or as a philanthropic endeavor.

Glassdoor: Are there any benefits or perks that companies should offer to help entice candidates to work there?

Mike Hansen: We offer a $3,000 sign-up bonus for vets and spouses, but I’m not necessarily advocating that everybody does that — it just aligns with our business model because that’s the way we’ve built the program. I think the best things you can offer veterans are a sense of purpose, tying what they do back to how it’s making an impact in the lives of the people or the customers that they serve, and a sense of community. In the military, your sense of identity, purpose, and community are all so defined by your environment. When you leave the military, you lose those things almost immediately. Companies that can create that sense of purpose and community naturally for their employees help them shape and evolve their new identity.

Glassdoor: Beyond creating a veteran hiring program, what can employers do to sustain it long-term?

Mike Hansen: There are so many different versions of military hiring programs at different companies. What I like to know is, what was the foundation or the philosophy that spurred them to start that program? When you look five years down the road, the programs that were founded on philanthropy alone tend to fizzle out, or their impact wasn’t very measurable on the company. When you go back to aligning the program with business objectives, you create a department that not only pays for itself, but pays for itself times 10 and helps create new opportunities across the business.