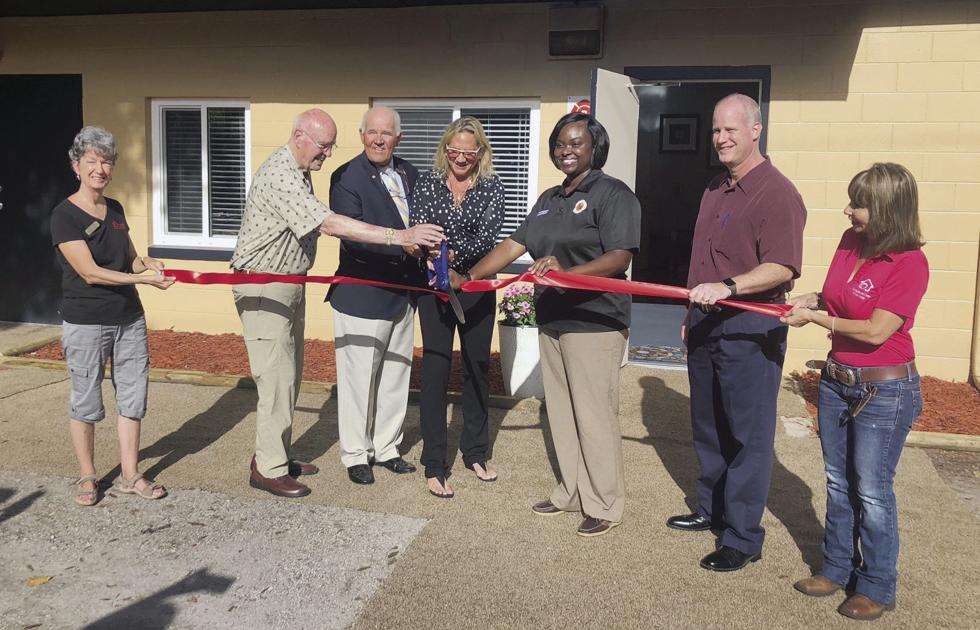 Community members, civic leaders and representatives cheered a ribbon-cutting ceremony at The Neighborhood Center of West Volusia Wednesday as officials officially opened a new branch of the center‚Äôs services.

Housed in the completely remodeled former thrift store at 224 S. Florida Ave., DeLand, the 12 beds are earmarked for men in transition or at risk of homelessness, according to information provided by the center. Residents of GAP House must have income, pay $100 in rent per week and be in the process of transitioning to permanent supportive housing or independent housing.

Rent includes utilities, water and food, and residents can remain at GAP House no longer than 12 consecutive months.

‚ÄúOur staff has played a huge role in making this happen,‚ÄĚ she said. ‚ÄúAt the end of the day, we‚Äôre impacting West Volusia in regards to ending the homelessness issue.‚ÄĚ

The project is one of personal interest and heartfelt importance to DeLand City Commissioner Jessica Davis, who was on-hand for the ceremony.

‚ÄúI take this project personally, because of how I grew up. I was house to house, 13 public schools, and although I wasn‚Äôt officially maybe living under the tree of what people maybe consider homeless, I have slept on the sofa with my siblings, different family members‚Äô homes, and that‚Äôs a form of homelessness,‚ÄĚ Ms. Davis said. ‚ÄúSo it‚Äôs personal for me to see us help those that simply need that gap to help transition them to the next level.‚ÄĚ

The new 12-bed unit brings the number of beds at the center for emergency and transitional housing to 162.

In addition to the new GAP facility, plans are in motion for the Bridge, a joint project between The Neighborhood Center and the City of DeLand.

‚ÄúIt‚Äôs really exciting to see what‚Äôs happening here at The Neighborhood Center,‚ÄĚ DeLand City Manager Michael Pleus said. ‚ÄúAs you look out over here into the woods (on adjacent property), that‚Äôs where the next phase of our helping the homeless will be, called The Bridge, which will be open in the spring of next year.‚ÄĚ

The fundraising goal for The Bridge has been met and the project is about 80 percent complete in the architectural and design phases, he said.

‚ÄúGAP House is another piece of the puzzle that will help eliminate homelessness in our community,‚ÄĚ Ms. Clark added. ‚ÄúAs we plan with the City of DeLand to build and manage The Bridge, we see GAP House as a place for clients to integrate into after their successful experience at The Bridge. The Neighborhood Center of West Volusia remains committed to being the leader in providing the continuum of care necessary to respond to West Volusia‚Äôs transitional housing needs.‚ÄĚ

The Bridge is planned as a 20-bed, 5,000-square-foot shelter and day center, and construction is planned to start early next year.

The newly-opened GAP House renovation and remodeling, done by JMS Construction, carried a cost of $225,000, which was entirely funded by private donations with $40,000 supplied by the Lacey Family Foundation and the rest given by private donors, according to a press release issued by The Neighborhood Center.