The road to homeownership: a house near the beach in Capitola, Calif. 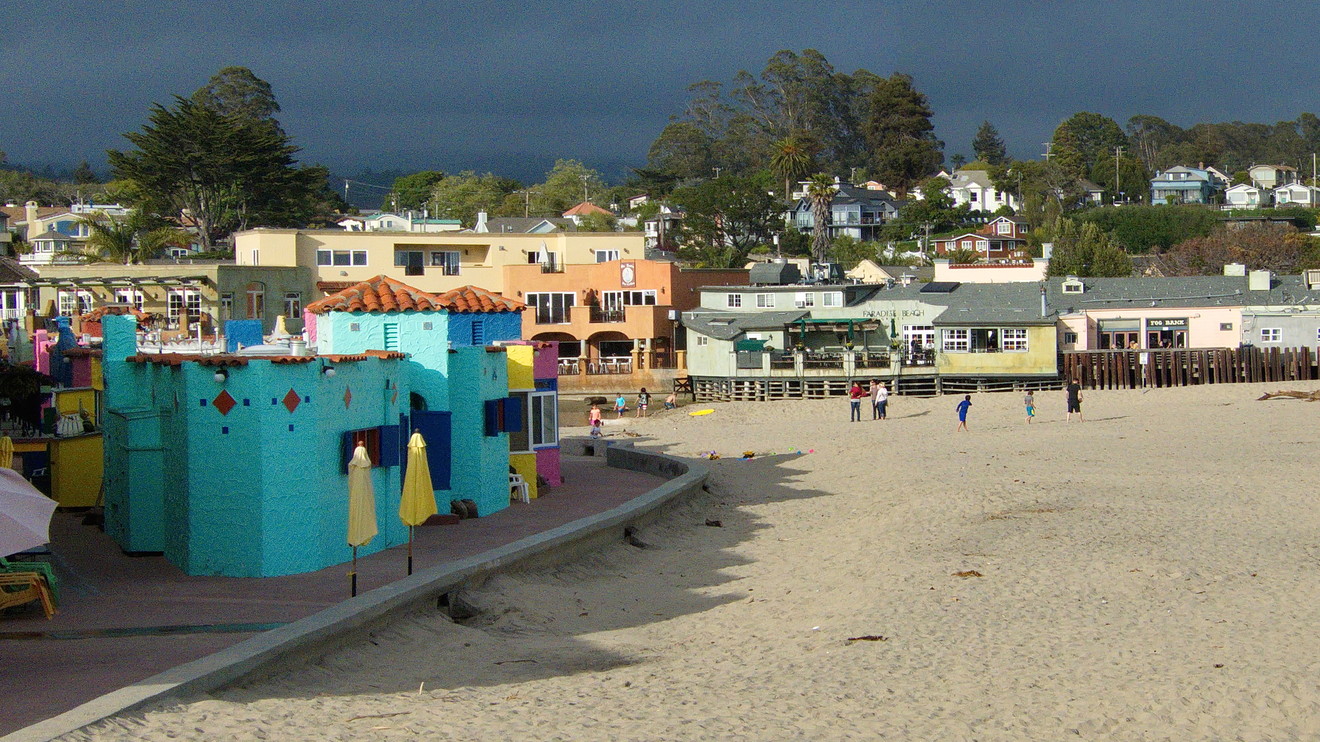 This article is reprinted by permission from NerdWallet.

For some, living near the beach is¬†a dream.

At least it was for Sandy Martinelli, a product manager at eBay EBAY, -0.14% ¬†¬† who also designs and sells her own line of jewelry. Not long after graduating from college, the San Francisco Bay Area native became a first-time homeowner when she bought a condo in Capitola, California ‚ÄĒ a laid-back beach town near Santa Cruz with a population of 10,180 people ‚ÄĒ on her own.

Two years later, she rented out the condo and bought a bigger home in the area with her husband, Philip. We asked her why she set her sights on Capitola and how she saved up for a home.

What brought you to Capitola?

I‚Äôm originally from San Jose, and I went to college in Santa Clara. All of my vacations as a kid revolved around Santa Cruz, so I knew I wanted to live by the water. Capitola is a really cute, small beach town near Santa Cruz. It‚Äôs a little busier with a nice village, lots of shopping and good restaurants. It was a no-brainer.

Why did you decide to buy a home in Capitola?

The last time I rented was in college. After I graduated, I started working full time at eBay. I had been working through college and always paid for my own rent. When it came to postgraduation, I could have continued renting, but my parents were located so close to work for me and I‚Äôve always had a great relationship with them, so they were gracious enough to let me live with them for a while. My plan was always to save up to buy a house.

What were you looking for in a home?

It had to fit my budget, which was $400,000 as a single person, and I got my condo for $379K. I qualified for a little more than that, but I didn‚Äôt want to be uncomfortable making payments.

I wanted to make sure the house was in a good neighborhood: somewhere safe, walkable and close to the beach. It didn‚Äôt have to be exactly what I wanted, but something I could stand for a few months before making any changes. Having that attitude opened up the possibilities.

I started looking in the summer of 2014. I went through the process of getting¬†prequalified for a loan¬†and did the math on how much I needed for the down payment.

My Realtor was my uncle, which influenced my decision to buy as soon as I could. He set me up with a loan manager, and we used MLS listings, Trulia and Redfin to look for homes within my budget. I checked out six to eight properties.

Before finding the condo, I actually had my heart set on this 600-square-foot beachside cottage that was not exactly livable, but you could see the water from it. There was mold everywhere and the frame was sinking, but the sellers were willing to sell it to me for a low cost and I was planning to renovate.

As I was going through the process, it turned out that it wasn‚Äôt a residential home based on the permit lines; it was actually a business. When that fell through, I started over.

How did you know it was the one for you?

When the condo popped up, I loved the neighborhood even though it was farther from the beach. It was a little more than a half mile walk to the water and the village. There was a Whole Foods nearby, and all the shops and coffee places were outside my door. The neighborhood was safe and walkable.

I wasn‚Äôt in love with the colors, but I liked that they fixed up the kitchen and bathroom. I also chatted with the next-door neighbors and I loved their vibes. I feel like I got lucky because the condo is now worth $425K, so I did gain a little something.

What‚Äôs your approach to finance, and how did you save for the home?

Personal finance started super young for me. My mom and her family immigrated here from Vietnam, and it wasn‚Äôt easy for them, so they‚Äôve always worked. My first job was picking up scraps of sheet metal, and I had a summer job all throughout high school.

I was 19 years old when I started interning at eBay, which was amazing. That really opened the doors for me to understand how to save and manage my own finances.

I‚Äôve been very fortunate to have a lot of mentorship through my family and a previous manager about maxing out my 401(k). I‚Äôve always been more of a saver. Living with my parents for a while and being organized about my bills helped me save up for a home.

Would you have done anything differently?

I was so emotionally invested in the beach cottage because of where it was located, and I didn‚Äôt understand all of the zoning rules. It shouldn‚Äôt have been listed as a residential single family home. That was super frustrating. They don‚Äôt teach you about that stuff in school. But at the same time, buying a home is such a big commitment that you have to be invested.

What advice would you give to someone looking for a home?

It‚Äôs really helpful to start with a budget before you even look at anything. Go through the preapproval process, meet with loan managers and understand what this commitment is all about. Don‚Äôt look outside of your threshold.

Also see: The road to homeownership: buying a house in Austin, Texas

Develop criteria about the neighborhood, crime rate and school districts if you plan to have kids. In terms of aesthetics, have a vision of what it could be instead of falling in love with a home because the countertops have beveled edges. For some folks, aesthetics are a deal breaker, but it will be more challenging. Lowering your expectations of the aesthetics will broaden your options.

Valerie Lai is a writer at NerdWallet.

Get a daily roundup of the top reads in personal finance delivered to your inbox. Subscribe to MarketWatch’s free Personal Finance Daily newsletter. Sign up here.