Local government taxes to drop a bit under new budget 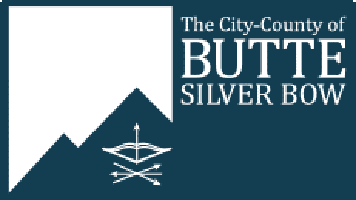 Despite an increase in spending, the new county budget approved by Butte-Silver Bow commissioners Wednesday night should mean a slight drop in property taxes that people pay for local government here.

That‚Äôs good news, county officials say, when taking additions to the budget and inflation into account. They also note that fees for sewer service, storm water and the landfill will not increase this year.

But residents will face another 10-percent increase in water rates on Oct. 1 and fees for road maintenance this coming year could be higher for most property owners. Commissioners will set new, flat rates for street work soon.

Overall property tax bills for most county residents could still go up depending on the budget the Butte School District is expected to set Monday and whether voters approve a $35 million bond issue for the district in the Nov. 6 election.

Roughly half of property taxes go to local government in Butte-Silver Bow and the other half to schools. Some pay elementary levies to districts in Ramsay, Melrose or Divide, but Butte Schools is the largest in the county and everyone pays its high school levies.

If the bond issue passes, residents in the Butte School District would see increases to pay for it. As examples, taxes would go up $69 per year on houses worth $100,000 and $138 for those worth $200,000, said Dennis Clague, the district‚Äôs business director.

The $35 million bond would be used to renovate East Middle School and improve security across the district‚Äôs elementary schools.

The new county budget authorizes up to $135.6 million in spending from all revenue sources, including state and federal dollars, local fees and bills people pay for water and sewer service. That‚Äôs an increase of 3.8 percent in possible spending over last year.

But in part because of higher assessed values set recently by the state, property taxes for local government expenses will go down a bit. Taxes on a house with a market value of $100,000 will drop by 28 cents and go down 56 cents for homes worth $200,000.

Those taxes went up last year, with the bill on a home worth $100,000 increasing $18.56. Most of that was because officials did not tap reserves from Butte‚Äôs industrial taxing district to prop up spending as they had in three of the previous four years.

Over the past six fiscal years, including the current one funded under the budget approved Wednesday, property taxes for Butte-Silver Bow government have decreased a net of 83 cents on houses worth $100,000.

Of the total $135.6 million budget, local property taxes account for less than $26 million.

Under the new budget, which is retroactive to July 1 and runs through June 30, 2019, most county employees will get a 2-percent pay raise and the county will contribute $30 more per month toward health insurance for those on the self-funded plan. But premiums under that plan will go up again, this time by 8 percent. They jumped 13.5 percent last year.

Dave Palmer, the county’s chief executive, noted that one position is for a grant writer who could potentially bring in big money from outside sources without costing local taxpayers.

“There is a lot of grant money out there,” he said.

The plan includes money for some big capital expenses, including $2.8 million for road and utility work in Butte‚Äôs industrial taxing district and $650,000 for a warehouse there. Loans will fund nearly $1 million in water and sewer improvements for the planned retirement home for military veterans.

There also is funding for large street vehicles, including $680,000 for a new road grader and $260,000 for a machine that picks up piles of snow from streets and loads it into dump trucks. The county also can spend $360,000 on two new flusher trucks.

Although the budget authorizes $135.6 million in spending, it does not mean that much will be spent. In fact, hundreds of thousands of dollars penciled in for spending this year are carry-over funds not spent last year.

« Real Housewife Of New York Jill Zarin Reveals All About Renovating Her Apartment The Stone-Cold Truth: 4 Lessons I Learned After Living With Marble Countertops »