Courthouse expansion ‘on time and on budget,’ county administrator says 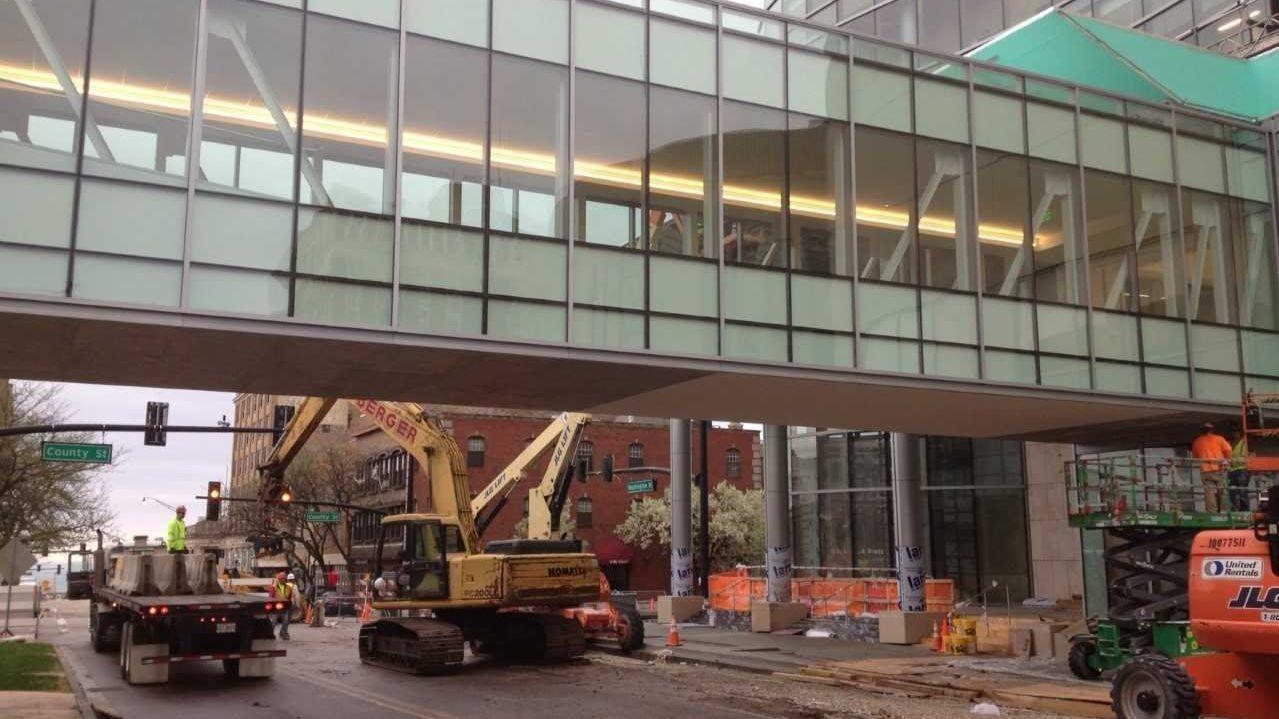 The second phase of Lake CountyŌĆÖs plans to expand and renovate its court facilities is finishing ŌĆ£on time and on budget,ŌĆØ the county administrator said.

The largest phase of the $110 million project centered on the construction of a new eight-story structure with about 200,000 square feet that will provide 12 new courtrooms and two unfinished floors to accommodate future growth, according to the county.

Over the years, the county has converted conference rooms in courtrooms and even uses the Lake County boardroom as a courthouse when the County Board isnŌĆÖt using it, spokeswoman Jennie Vana said.

One of those courtrooms doesnŌĆÖt meet the regulations set out by the Illinois Supreme Court and could be shut down, according to County Administrator Barry Burton.

Once the criminal courts are shifted over to the tower, some of the courtrooms in the current building will be converted back into conference rooms, once again giving attorneys space to speak privately with their clients, Burton added.

The tower, which will house the criminal courts, will also provide secure paths to transport inmates separate from judicial staff, judges and jurors, Burton said. He added that the final stage of the project, which includes the remodeling of the courts, jail booking and kitchens, is on track to be complete next year.

The county began planning the project in the early 2010s, when projections showed that the growing number of criminal cases would exceed the capacity of the countyŌĆÖs existing facilities, Burton said.

A couple of years later, as the nationwide approach to criminal justice shifted, the county revised its projections, finding it would need less new space than originally expected, Burton added. The proposed tower was downsized from nine floors to eight with two of those to be ŌĆ£shellsŌĆØ that could be built out as the need arose.

The county hired Chicago-based Clark Construction in 2013, eventually agreeing to a deal that set the maximum price the county could pay for the project at $110 million.

That means Clark Construction is carrying the risk for the cost going above budget, Burton said.