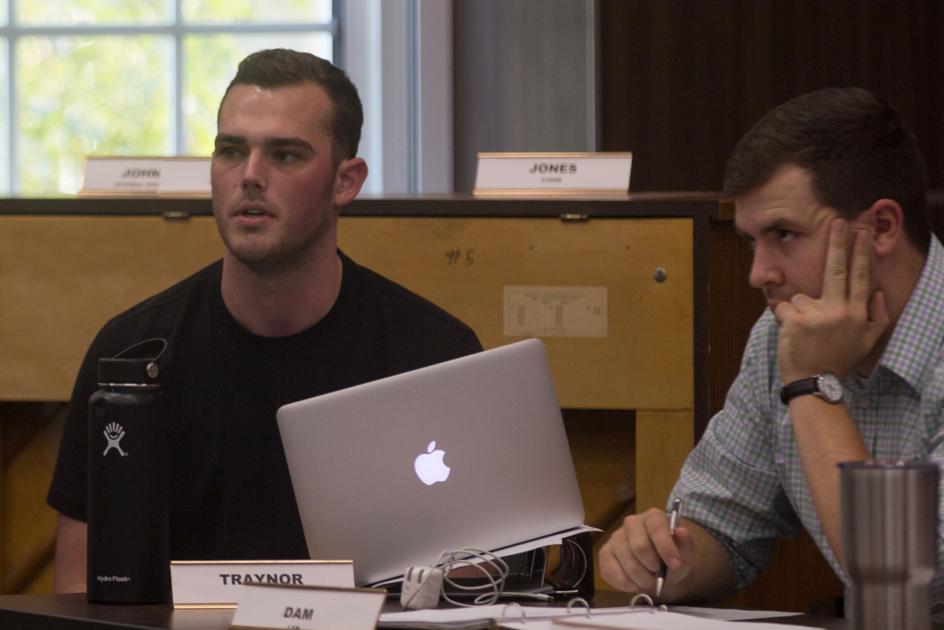 President Hunter Traynor discussed the Board of Regentsâ€™ decision to allow NU President Hank Bounds to raise mid-year tuition during the first meeting for the Association of Students of the University of Nebraska Wednesday.

The Boardâ€™s decision in June gave Bounds the power to raise tuition should the Governorâ€™s Office choose to cut the universityâ€™s budget mid-year.

â€śGiven the financial state of the university, it would be impossible for the university to make up the funding lost by a mid-year cut via administration cuts,â€ť Traynor said. â€śThe board saw this as an unfortunate but pragmatic effort to keep the university afloat. Of course, thatâ€™s not wanted at all, and weâ€™ll do whatever we can to advocate against the budget cut.â€ť

ASUN also discussed a piece of legislation regarding ASUN recruitment and vote for a senate member to serve on the appointment board for Environmental Sustainability Committee.

Sen. Mia Hernandez was the only senate member nominated to be on the appointment board for ESC. After a short speech, she was unanimously nominated.

Traynor also took time out of the meeting to update the senate body on the summer Board of Regents meeting and other projects he was a part of over summer.

The goal of the remodel is to make the union a better place for students to have an area to interact with each other.

Additionally, the Board of Regents also approved a $75 million allocation to renovate Scott Engineering Center and approved a slight budget increase for the East Campus Union.

Committee chairs said their committees are beginning to work on different projects for the year. The Government Liaison Committee will host an event on Sept. 11 to encourage students to remember 9/11, and the Graduate Student Association will host a career planning workshop for international students to help them prepare for their future on Thursday, Aug. 30.

The next senate meeting will be on Wednesday, Aug. 29, in the Nebraska East Union.