The secrets of renovating a character home

Sharon Prentice’s addiction to character houses grew from necessity. ItÂ was cheaper to do up an old house than buy a new one. But she quickly fell for their charm and has recently finished restoring her third Christchurch house in a decade.

“We’re so lucky that these lovely wooden houses survived the quakes,” says Sharon, who wants to preserve the rare beauties for posterity. Her first restoration, a two-storey house in Queens Ave, was awarded ‘Most Sympathetic Renovation’ by the Merivale Historic Society. A revamped Georgian-style 1880s’ house in the central city featured in NZ House & Garden magazine, and now she has turned her attention to a 1910 Merivale villa.

The three-bedroom abode, which had been pushed to the back of its section to make way for a new-build in front, was tired and dated but structurally sound. Sharon’s skill is in bringing old houses back to life, retaining their character and charm while at the same time equipping them for life in the 21st century.

Her 18-year-old daughter, Poppy, keeps her “on the straight and narrow” with regard to the latter. “Poppy likes clean lines and has a clear vision,” says Sharon, who has been a long-time devotee of the shabby chic look. “Together we make a good team.” 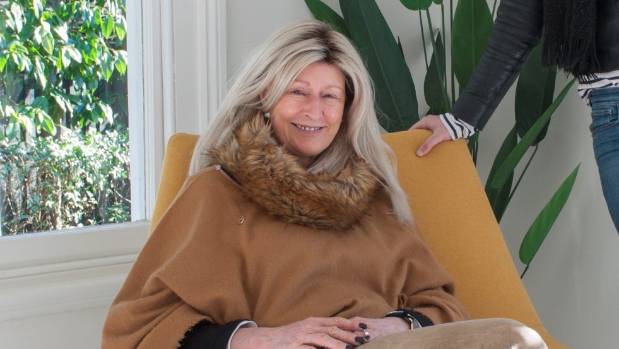 Sharon likes the shabby chic look, but urges renovators to have a bit of fun.

READ MORE:
*Â Worst renovations when you want a return for your money
* The best renovation projects to consider before you sell
* 10 tips for a budget-friendly kitchen renovation
* Five ways to add value to your home

Here they share some of the secrets of their success. 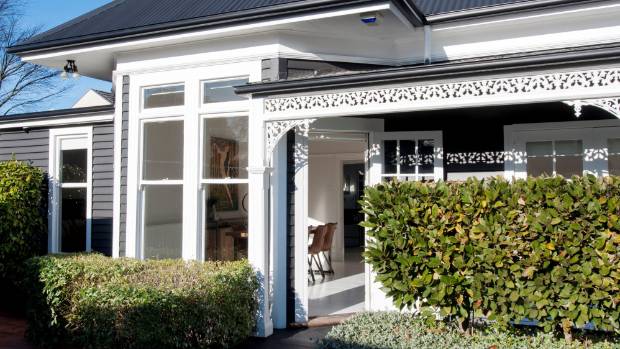 Stripping a character home back to its original features and sticking to a monochromatic palette showcases the bones of the house. By “white-bombing” the Merivale villa, Sharon also enhanced the sense of light and space already created by the high stud. Colour and texture can be introduced in furnishings, which she also keeps to a minimum. Cutting the clutter makes housework simpler too.

Bring in the new (but don’t throw out the old) 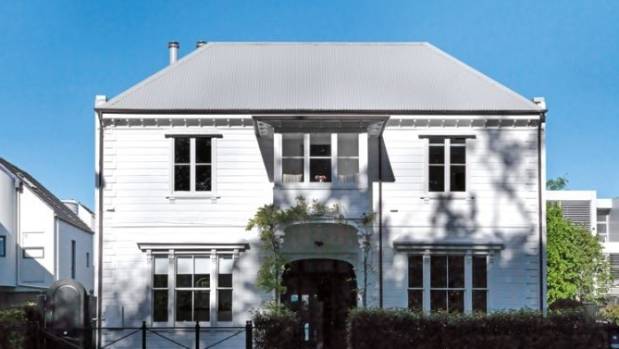 Heritage houses may be beautiful, but no-one wants to live in the Dark Ages. A thoroughly modern makeover that incorporates the character features adds an X-factor that can’t be replicated in new homes: a contemporary light hanging from a plastered ceiling rose, sleek roller blinds on bay windows, a high-gloss paint finish on panelled doors, bright-white fretwork on a black verandah. 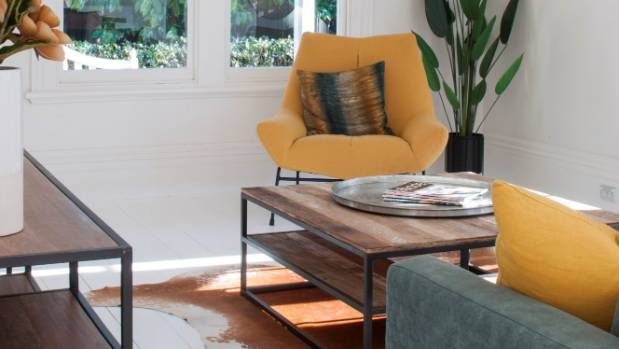 Sharon “white-bombed” the Merivale villa. Colour and texture is introduced with the furnishings.

Old houses can cope with an eclectic mix of furnishings. Start with a simple skeleton then have fun. Mix it up, advises Sharon, who has no qualms about hanging a crystal chandelier on the same ceiling as a modern iron light, sitting cut-crystal decanters on an $50 upcycled sideboard or mixing vintage linen with a silver leather bedhead and pink sheepskin cushions. Centenarians, whether human or houses, are allowed to take liberties. “You can’t get away with so much in a contemporary home.”

It’s only a pot of paint 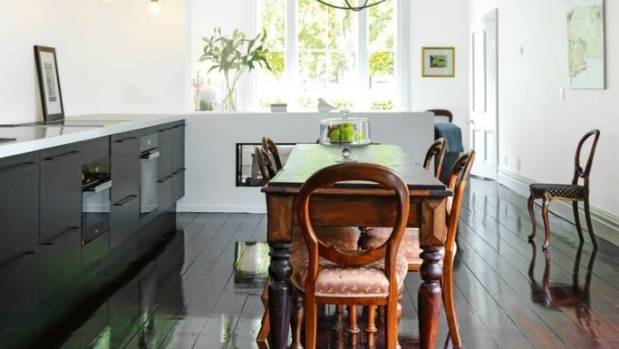 A sleek minimalist kitchen works in an old home and can be paired with antiques.

“I paint everything I can,” says Sharon, who tends to gravitate to her favourite duck-egg blue with white. Painted floorboards strewn with rugs are preferable to a shabby carpet, and a lot cheaper than a new one. Good floorboards can be waxed or stained, a look that adds warmth to a black-and-white palette and works well with antique furniture. She recommends using high-gloss paint on window frames and doors (although she went with un-sanded internal doors in the villa) and matt paint on the walls.

Put your money where your mouth is 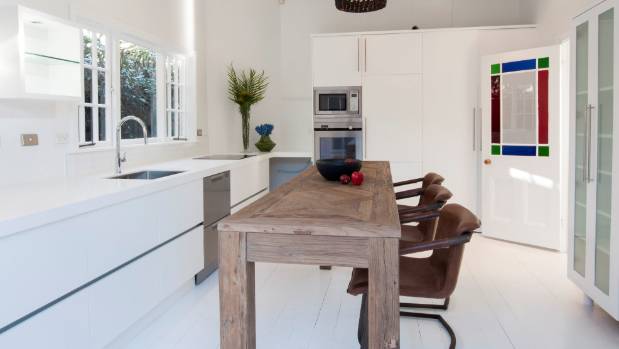 Paint as much as you can – including floorboards, if they need it.

Kitchens gobble up a big chunk of any renovation budget as they need to be functional spaces for modern living. A sleek minimalist look isn’t out of place in a character home, and works well with antique trimmings. Sharon opted for touch cupboards and simple furniture in her no-frills villa revamp, while in a previous restoration she repurposed an antique desk as a kitchen table and set it alongside glossy black built-in appliances.

Bathrooms need to be of-this-century too, and an ensuite is always a welcome addition if it can be fitted without compromising the building. Classic black and white tiles, or tessellated ones if the budget allows, add a timeless touch. 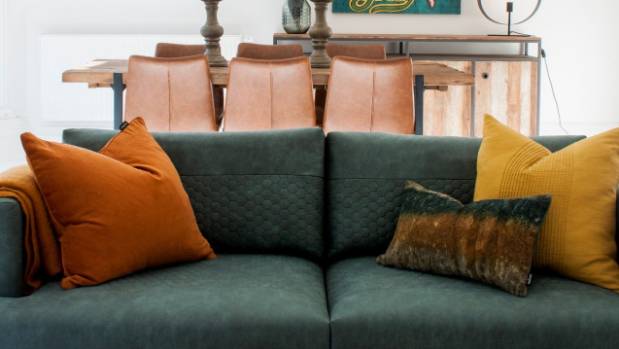 Old houses can cope with an eclectic mix of furnishings. Sharon says: “You can’t get away with so much in a contemporary home.”

No-one wants to live in a cold old house and Sharon swears by diesel radiators. “They’re fabulous as they heat the whole house. The villa isn’t double-glazed, but with the radiators it doesn’t need to be.” 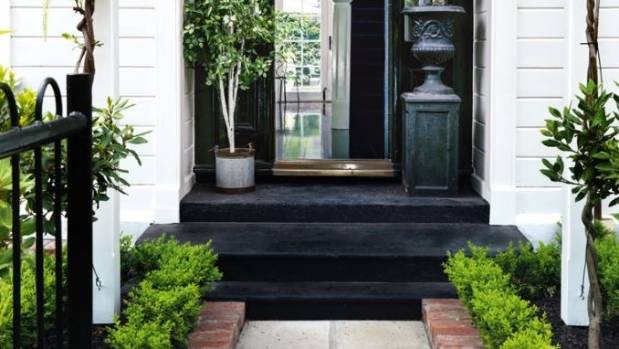 “I think character houses suit formal gardens,” says Sharon, who isn’t a fan of labour-intensive cottage plots. Layered hedging and clipped topiaries enhance the house’s symmetry and can be softened with roses or white wisteria clambering over a fence or verandah. As with the interior, flashes of colour can be added to the simple white and green base palette.

Note: The villa has been styled by Loft Furniture and Homeware. 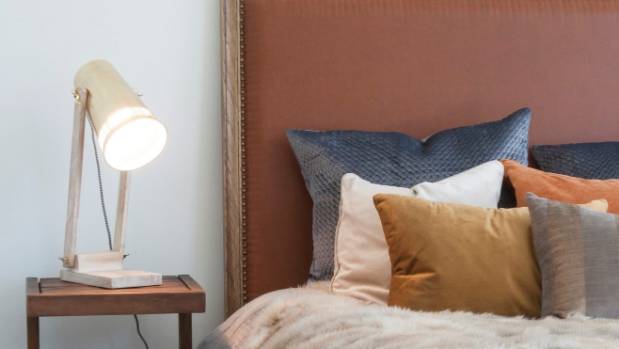 Old houses can be cold so put money into heating. 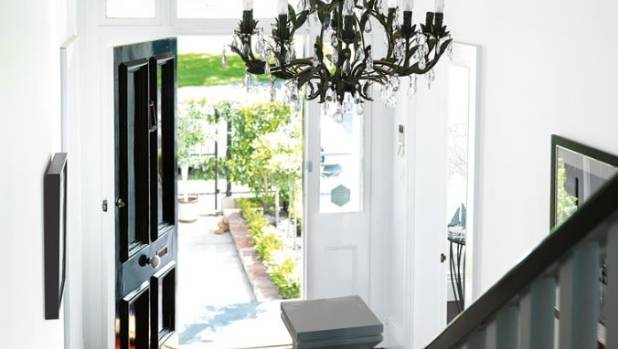 Keeping the finishes simple allows the bones of an old home to show through.