Repurpose with a Purpose 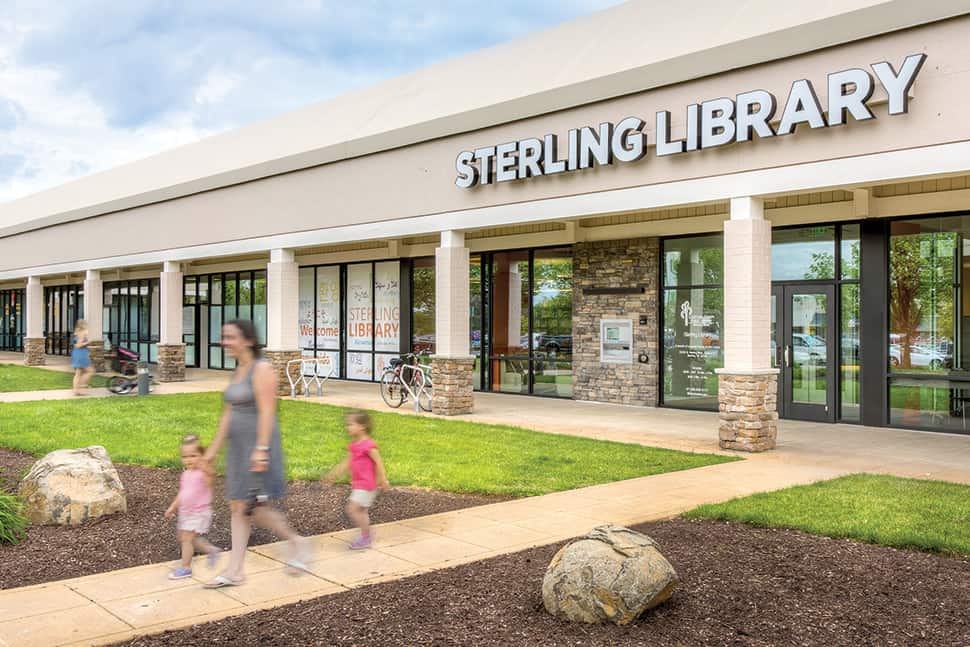 When a community needs a new library building, people frequently suggest converting existingŌĆöusually vacantŌĆöstructures into a library. Converting nonlibrary spaces into libraries has much in common with remodeling and expanding existing libraries, but itŌĆÖs a far different undertaking.

When possible conversions loom on the horizon, libraries must be prepared. In all conversion situations, one of the major problems involves the building shaping the library rather than the library shaping the building. Many spaces may lack the basic functional needs of libraries, such as ceilings high enough for reflected uplighting, sufficient power supplies, workable configurations of spaces, desirable natural light, good sight lines, sufficient floor strength, and flexibility of design. If too many of the basic needs are compromised, the result is at best dysfunction and at worst an amazing waste of money.

Begin with a plan 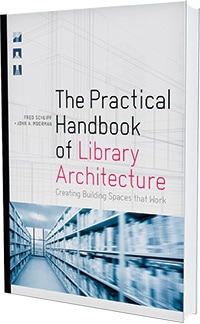 This is an excerpt from The Practical Handbook of Library Architecture: Creating Building Spaces That Work by Fred Schlipf and John A. Moorman (ALA Editions, 2018).

Always start by preparing a building program to evaluate possible conversions. If you donŌĆÖt have one, people will start pointing out what interesting features could be provided in certain existing structures. By and large, these will be features you donŌĆÖt need. Unless you have a lot of experience with library building construction, hire a building consultant to write your programŌĆöan experienced professional librarian with a degree accredited by the American Library Association and not an architect.

Because there are many issues in library planning in addition to space needs, building programs need to be detailed, with information on required floor loading, accessibility, lighting, acoustics, furnishings, shelving, floor coverings, electrical supplies, sight lines, exit control, security, flexibility, and other areas. Programs should always be written without regard to available spaces, so that they can be used as measuring sticks to test the feasibility of using a proposed space. There will inevitably be compromises, but starting with the ideal program helps everyone become aware of what these compromises are.

There are good and bad reasons for converting existing spaces to libraries. 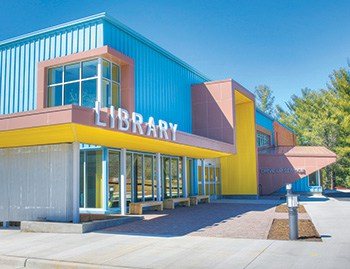 Big-box stores. Of all the projects for converting nonlibrary buildings to libraries, conversions of big-box stores are among the most successful. Modern big-box stores have a number of advantages:

They also have potential problems:

Schools. Empty school buildings abound. Unfortunately, most have been abandoned for good reasons: They have outlived their natural life or were badly designed to begin with.

Most old schools will not meet a variety of building codes. Schools dating back to the 1970s or earlier may be awash in asbestos and lead paint. Despite the stability of schools, floors will probably not be strong enough to carry the weight of books. About the only space in an old school building that can be converted to a workable library is the gymnasium. Some gymsŌĆölike the one in Westwood Elementary School in Oklahoma CityŌĆöhave been converted to attractive and functional libraries, but that presumes that the gym is large enough to meet the requirements for all those library functions that need to be in a single, open space. An even larger question is, once the gym is converted to a library, what happens to the rest of the school building? The last thing a library needs is to be part of an otherwise abandoned building.

Banks.┬ĀSome communities have successfully converted bank buildings to public libraries. Some banks are more strongly constructed than many other commercial buildings, and they may be capable of carrying the weight of books without extra reinforcement.

Most bank conversions must consider what to do with old vaults. Vaults are strongly built and will probably be too expensive to remove. In the conversions we have seen, most vaults have been used for storage or office space. Obsolete vault doors may make interesting reminders of the buildingŌĆÖs history, but youŌĆÖll at least have to disable the locking mechanisms and install some kind of bolted-on flanges on the floor that prevent the doors from swinging.

Many banks have drive-through service windows. It might be possible to convert them to book pickup windows. But drive-up service windows in libraries are not always successful because library users sometimes treat them not only as places to pick up held books but also as short-order windows, where library users can request items that are not on hold but have to be searched and retrieved from throughout the library.

Department stores typically do not have floors strong enough to support library loads. In order to reduce loads, it may be necessary to use shorter shelving units and space them more widely apart, significantly increasing the amount of space necessary to store a given number of books. Lack of floor strength may be one of the greatest challenges in converting department stores to libraries.

Strip malls.┬ĀThere are advantages to housing a library in a former strip mall. Strip malls may be in highly visible locations, and placing public libraries next door to retail stores is good for both. But there are a number of potential problems.

Strip malls come and go. A dying strip mall is no place for a public library. Just as good commercial neighbors can be of great benefit to libraries (and libraries can greatly benefit the nearby businesses in strip malls), businesses can change quickly. Because libraries in strip malls are right next to the other businesses, if the clothing stores, toy stores, and bookstores are quickly replaced by liquor stores, tobacco shops, video gambling parlors, and bars, the desirability of the librariesŌĆÖ locations can quickly change.

As speculative commercial structures, strip malls may be very cheaply constructed and quickly thrown up. If someone is proposing a planned strip mall as a location, youŌĆÖll need your architects and engineers to check out the quality of proposed construction, just as you will want them to evaluate completed buildings. Some strip malls do not have fire walls between stores. As a result, a fire that starts in one store can quickly spread to adjacent stores through their attics. Expansion is probably impossible without acquiring an adjacent unit, and fire codes may make it impossible to join two units together.

In general, the only good public library use of strip malls may be as rented spaces for library branches or as temporary locations while main libraries are being rebuilt.

Abandoned government buildings. Some communities have converted former government structures to public libraries. Sometimes this can be very successful. Rantoul, Illinois, for example, converted a former US Air Force base bowling alley into a public library, but this was no ordinary bowling alley. It was a huge and sturdy structure with high ceilings and no load-bearing columns to get
in the way.

Our experience is that old city buildings were often abandoned for good reason. New buildings were constructed because the old ones were seriously inadequate. The old buildings may have toxic asbestos or lead paint. Parking may be inadequate for public library service.

Even worse, cities may run old buildings into the ground once new buildings are under way. If maintenance has stopped for more than a year, there may not be much left, certainly not enough to make the conversion to a public library economically sensible.

Converting nonlibrary buildings to public libraries is done all the time. Sometimes everything works out beautifully, but on other occasions the library ends up spending far more on a reworked but dysfunctional building than it would spend on a brand-new one, and in addition is saddled with higher operating costs for the life of the building.

When people pressure you to accept or purchase an existing building, always get help before saying ŌĆ£yes.ŌĆØ

Rejecting a proposed conversion job may be unpopular with your community. This is one area where your hired outside experts will prove their worth. They can deliver the bad news and then go home to distant communities where their annoyed neighbors will not snarl at them at the supermarket.

If all of this sounds negative, itŌĆÖs because there are numerous pitfalls in conversion projects. Luckily, many excellent libraries are constructed by converting other buildings, so itŌĆÖs a matter of caution rather than outright rejection. In general, fairly new buildings with wide-open spaces, high ceilings, good windows, sidewalk-level entrances, concrete slab floors, up-to-date MEP systems, and sufficient parking seem to offer the best possibilities.